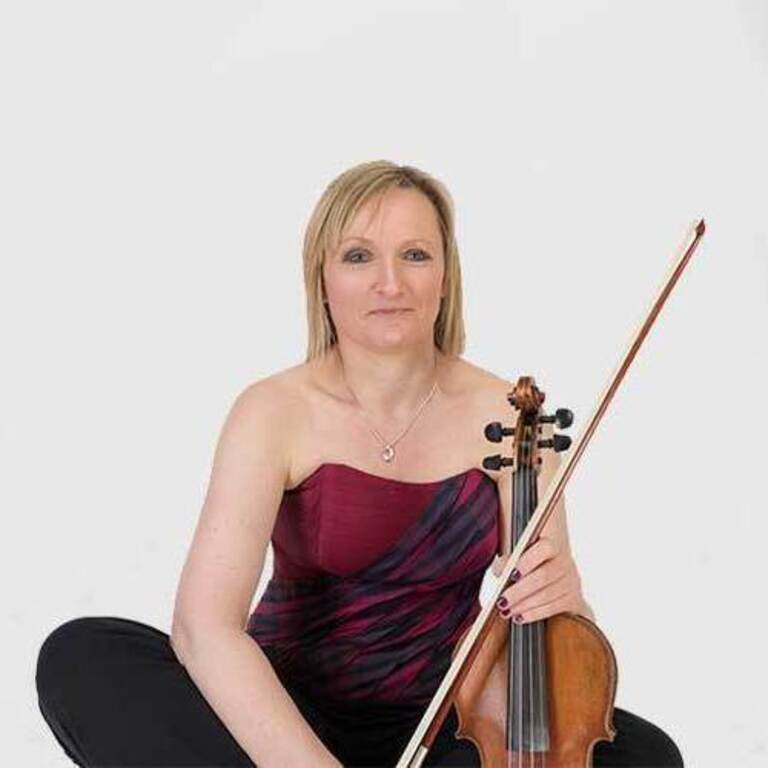 This album is a celebration of my fiddle playing spanning the last 25 years. The album is strongly inspired by dance - Scottish Highland, National and Cape Breton Stepdance. My playing is strong rhythmically and the accompanists I have chosen are equally accomplished in playing for dance. The tunes I have composed that feature on the album were all written in the last 20 years, while 3 of them were written during lockdown 2020. Growing up listening to the highland bagpipes also had a huge impact on my music. I feel like I had a big repertoire of tunes in my head before I even picked up the fiddle and I love the challenge of learning pipe tunes, which are often in 4 parts and have recurring phrase patterns. It is fitting that piper, Paul MacLelland from Canada appears on this cd. Both he and long-time accordionist friend, Alastair Macdonald came together to record one of my own pipe marches and reels, adding a contrast to the overall sound on the album, which is quite strongly focused on guitar or keyboard accompaniment. Finally, I am hugely grateful to PAN records of Wick, for providing the first track on the album. This is also a set of tunes I composed and featured on Button Box player, Brandon McPhee's DVD, The Flying Scots.